Just imagine the yellow glow of the room. A chorus of graphite scratching ― scribbling feverishly ― immortalizing the most semi-permanent of ideas. The buzz of a fan, the warm glow of incandescent light shining through the grates, erecting broken towers on the Berber carpet beneath. At the front of the room, a face washed in light stares intently into the magic brown box. Thanks to one simple invention, the screen behind the figure becomes a shadowplay of equations and ideas for all the class to see.

This scene, once so ubiquitous with American classroom education, has all but gone extinct. The magic of the most popular piece of classroom technology to ever impact public education will likely never reach another student. But, in this issue of Empowered Teacher, we pay homage to the innovation, the ingenuity, and the interesting history of the one machine that either put us to sleep or helped us follow along in school: the overhead projector.

While simple, the design and structure of the overhead projector is really quite beautiful. The whole mechanism can be distilled down to five simple parts.

A light source.
A lamp or bulb pushes light up and into that which the presenter writes.

A glass surface.
A transparent surface allows the presenter to write or place various transparent or translucent “overheads” on it for projection.

A condenser.
This piece shrinks the focus area of the image so that it may be projected through the much smaller lens and mirror.

A mirror.
Playing a vital role, the mirror both folds the image toward the screen and flips the image so that it projects in the same direction as the presenter sees it.

A focus lens.
Our lens allows the presenter to manually focus the image as it blows the graphic up for display at the front of the room.

Immortalized in this famous engraving by Athanasius Kircher in 1646, the steganographic mirror was first detailed in a book he wrote to describe the workings of light and shadow.

Borrowing ideas from Kircher, Dutch scientist Christiaan Huygens is thought to have been the originator of the “magic lantern,” a primitive projection device that he first used to project an image of a skeleton removing its skull.

In 1671, the second edition of Kircher’s famous tome was released. The new book contained plans for a “magic lantern”, the first published plans for a projection device of this kind. With mass distribution of the idea, decades that followed would see dozens of iterations on the lantern.

Famed physicist and studier of all things optical, Johann Zahn was the first to regularly use Kircher’s projection device in the classroom. Using it to project anatomical drawings, Zahn could teach his medical students with greater ease.

Swiss logician and engineer, Leonhard Euler, is the first to build a projection device that could display opaque images and small objects clearly onto a screen. The episcope and its rival, the megascope, were used to wow crowds in theaters and opera houses.

In 1798, a Belgian optician named Etienne Gaspard, under the stage name “Robertson,” thrilled the citizens of Paris with magic lantern projections on smoke with his Phantasmagoria illusions presented in an abandoned chapel. Erik Barnouw has described the effect of Robertson’s projection on smoke from burning coals: “Then, onto the smoke arising from the braziers, images were projected from concealed magic lanterns. They included human forms and unearthly spectral shapes. The images came from glass slides, but the movements of the smoke gave them a ghoulish kind of life.”

Charles d’Almeida of France was the first to place red and green filters over two magic lanterns and produce a seemingly three-dimensional effect for the audience. Alfred Molteni would soon boast the shows to dozens of paying onlookers.

In an effort to more efficiently train specialized troops on their way into battle, the U.S. military first brought overhead projectors into their classrooms during World War II.

In perhaps the oddest twist, the overhead projector didn’t catch on first in classrooms. Instead, the technology was first deployed in bowling alleys to keep track of scores on each lane by projecting handwritten scoring on screens at the end of the lane.

In an attempt to push their new clear plastic products, Minnesota Mining and Manufacturing (3M) Company developed a series of pre-printed transparencies. Distributed with projectors and textbooks, 3M quickly introduced the usefulness of overhead projection into subjects ranging from anatomy to math.

3M scientist, Roger Appledorn, was tasked with crafting an overhead projection device with more mass appeal. His version of the still-obscure projector would catapult it into tens of thousands of classrooms across the country. Appledorn would get fixated during the project on how light reflects on patterns in glass and would later bring to life the reflective tape you see in most road signs today.

“We didn’t sit down and say, ‘Microreplication is the next thing to do; let’s go do it.’ It doesn’t work that way. It evolved. It reached a critical mass and it suddenly proliferated.”

Thanks to a cash influx made possible by federal grants, schools were shopping for new technologies and equipment for classroom use. The 3M overhead projector was the perfect way to use the funds and saw projectors become ubiquitous in education in just a decade.

Within five years, overhead projectors went from obscure technology to selling over 100,000 units in America alone.

By 1985, experts calculated that over 95% of American classrooms have an overhead projector. The market for overheads now eclipsed $5 billion a year.

Robert Gaskins and his colleagues, looking at the wild success of the transparency market, saw a niche that wasn’t yet filled by the budding computer technology. A few years later, PowerPoint was born and spelled the beginning of the end for our vaunted overhead projectors.

Fun fact: PowerPoint was initially developed by Forethought Inc. and funded by Apple before its acquisition by Gates and crew.

​​Gene Dolgoff and his Projectavision Inc., after 20 years of tireless work, bring the first liquid crystal display projection technology to market. Soon, LCD devices would augment many traditional overhead projectors as a cheaper means to display digital information for educational purposes. The same technology would be deployed to build digital projectors as we know them today. 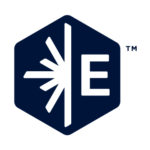 The Must-Have Layers for Spring