Heated arguments erupt amongst colleagues, as opinions and passions run deep about the rights and wrongs of grading practices. The use of zeros is perhaps one of the biggest hot buttons, so much so that a Florida teacher (Diane Tirado) was famously let go from her job after refusing to ditch the zero. But each year, more school districts are moving away from zeros. The New York City Department of Education, the largest school district in the United States, instituted a policy years ago where Fs are 55s instead of 0s. Wherever you stand, there’s a movement afoot and it’s important to understand the case against the zero.

The Tried and True Tradition

The zero has been around for a while. And most people who are against ditching zeros will often argue that it worked for them as a student. “Our traditional and inequitable system of grading has been hardwired into our conception of schools,” says Joe Feldman, author of “Grading for Equity: What It Is, Why It Matters, and How It Can Transform Schools and Classrooms.” “We have been brought up in a grading system that is virtually unchanged in over a century and was premised on turn-of-the-twentieth-century beliefs about the role of schools and who they’re for, how to motivate people, and what effective teaching and learning look like.” Most of us experienced a traditional 0 to 100-point grading system as students and now perpetuate the same setup as educators. Despite the history, the research and experts agree that change is needed. “Envision the possibilities and potential for teachers and students if we were to grade differently — more fairly, accurately, and equitably,” says Feldman. “Perhaps we’ve never had a reason, an opportunity, or a mechanism to question grading. Now is our chance.”

The Zero Doesn’t Add Up

Giving a zero to students who do not turn in assignments is common practice. The prevailing view has been that if a student does not complete their work, they should receive a zero. Period. Generations of learners have either rushed to comply or taken the hit. Douglas Reeves, founder of The Leadership and Learning Center, who wrote a now infamous 2004 piece “The Case Against the Zero,” points out the flaws of the 0 to 100 point scale. His argument is really steeped in the math of it all. If every grade from A to D is 10 points apart, but D and F are 64 points apart, giving a zero makes it virtually impossible for students to recover. “Yet the persistence of the zero on a 100-point scale indicates that many people with advanced degrees, including those with more background in mathematics than the typical teacher, have not applied the ratio standard to their own professional practices,” he said. “To insist on the use of a zero on a 100-point scale is to assert that work that is not turned in deserves a penalty that is many times more severe than that assessed for work that is done wretchedly and is worth a D.” For Reeves, even a small change like moving to a 4-point scale could lessen the destruction of receiving a zero, making it possible for a student to recover.

The use of zeros just doesn’t add up. “The grading scale is imperfect. At the very least, if an educator is married to the 0 to 100 scale, the child should be given a 50 instead of a 0, which at least provides them mathematically an opportunity to receive a grade representative of their performance,” says Dr. Kristopher Childs, president of K Childs Solutions, and co-author of “Making Sense of Mathematics for Teaching Girls in Grades K – 5.” “Instead of assigning 0s, provide students a grade of incomplete and allow them multiple opportunities to demonstrate mastery.”

Mathematically, receiving a 0 out of 100 is a punishment that lasts well beyond the one missing assignment. “You see, the problem is not the zero,” says Dr. Thomas R. Guskey, professor emeritus, University of Kentucky. “Rather, it is the percentage grade scale.” Guskey suggests moving to 4-point scales or letter scales. “With such scales, moving from failure to passing involves going from zero to one, not zero to 60 or 65. Hence, a student can recover from a zero, even if it is averaged with other scores. To recover from a zero with percentage grades, a student would need to achieve nine perfect papers! Even the best students would find that exceedingly difficult to achieve. In addition, grade scales with fewer categories are far more reliable and less influenced by rater subjectivity.”

School vs. The Real World

Those who uphold the use of zeros often contend that they are an important step in preparation for the less forgiving real world. But some argue that it’s quite the opposite. “Correct me if I am wrong, but in education, teachers and administrators don’t receive zeros if they: don’t arrive to work on time, fail to meet a determined deadline (i.e., turn in lesson plans, complete all observations/evaluations by a set date, etc.), don’t read or respond to email and as a result, are unprepared for meetings or don’t get needed information to colleagues when required, or forget to call parents back,” says Eric Sheninger, Associate Partner with the International Center for Leadership in Education (ICLE). “More often than not, there is leeway. The question then becomes, what message or lesson are we really teaching students by giving zeros? If learning and growth is the goal, then it is our responsibility to tackle this issue, as the negative impacts on our learners far outweigh the need to make an example or fall back on the ‘preparation for the real-world’ rationale.”

The argument that zeros mimic real-world consequences isn’t even true for educators. “If some educators believe that grading policies, such as grading on a curve, 100-point scales, the use of zeros, and no make-up work or retests are fair and accurate assessment practices, then I propose this question: Are you willing to make these practices the foundation of their district teacher evaluation process?” asks Mike Mattos, educator, author, and consultant. “Imagine a teacher meeting with the principal for his/her yearly review, and the principal says:

‘Overall, you have done some outstanding teaching this year. I observed many excellent lessons, your students rave about your dedication, and your colleagues say you are a valuable teammate. Nevertheless, I evaluate the faculty on a curve, and I felt quite a few teachers were better than you, so I can’t give you high marks — only satisfactory. Also, when I asked you to sign your last observation, you returned it late to my secretary. You know I don’t allow late work, so you received a ‘0’ for it. And considering that I count your second observation as 30% of your end-of-year evaluation, that lack of any credit brings your overall evaluation to failing. Your contract will not be renewed for next year.’

Of course, students need to understand that the world has deadlines and expectations, and that there are consequences for “failing” to follow through. But a zero doesn’t really teach that lesson — it actually shuts down learning. In addition to the zero mathematically carrying enormous weight, it also carries a blow of finality. A zero essentially ends the learning process and sends the signal that the door is closed to that process. Educators shouldn’t be closing doors, but rather continuously engaging in a feedback loop and guiding students toward growth and mastery.

Much of the argument for using zeros as real-world preparation or for teaching students a lesson on consequences is steeped in a compliance-based power structure. For generations, educators have relied on the notion that students complete assignments and engage in learning to earn their grades, and that the fear of failing is the major motivation to follow through. That’s a troubling point of view.

One, it’s dismissive to our learners, their drive, and their capability. Second, it relies on power and control instead of relationships and empowerment. But most alarmingly, it’s the lowest denominator of teaching and learning. Using zeros as a punitive grading strategy is reductive, diminishing students to mere task rabbits whose stumbles are numerically punished so severely (via the 0-65 gap) that their successes become irrelevant. If a classroom must rely on power and control to sustain itself, is there really any deep teaching and learning occurring?

What Do Grades Represent?

The basic question we have to ask is, “What does a grade represent?” If we remove the power dynamic, grades are meant to reflect a student’s mastery of the topics and skills put before them. “If we believe a grade represents what a student knows about a particular learning standard at a specific point in time, then we need evidence to justify the grade,” says Dr. Justin Tarte, executive director of Union R-XI School District in Union, Missouri. “If a student doesn’t turn in or doesn’t complete the task tied to the standard, then we don’t have any evidence to support and validate the grade. By putting a zero in the gradebook, we are saying the student has provided evidence that they have absolutely no level of mastery of the standard. And this is frankly untrue, as the student’s level of mastery can’t be known because the student hasn’t yet provided any evidence of their mastery.” Zeros for non-compliance alongside grades for mastery don’t paint an accurate picture of learning — in fact, they paint a false one. “Lack of mastery and lack of evidence are quite different and should be treated as such within our gradebooks,” Tarte says.

In every school, there are teachers who rely on the gradebook as a tool for maintaining order and those who truly use it to document evidence of student learning. For some, the idea of ditching the zero equates with coddling kids who will never learn consequences. “Grades should be a form of feedback to explain if a student has mastered the current standard,” says Joshua Stamper, administrator, author of “Aspire to Lead,” podcast host, and podcast network manager for the Teach Better Team. “If the student has not provided any evidence of their knowledge, a zero is not a true representation of the mastery of the content. Instead, it creates a system for students to disregard challenging concepts, accept failure, and participate in academically dishonest practices. When providing zeros, the feedback to the student and the parent is about compliance with a task, not knowledge of the content. By shifting our mindset on the evidence of learning and removing zeros, we have seen students intrinsically motivated to retest for full credit, be accountable for showing evidence of their knowledge, and understand the areas they need to improve. The feedback provided is no longer about their behavior. It is about the knowledge they possess.”

Think about it: How many kids who received a zero had a magical epiphany or sudden turnaround? Even if they did, it would take those nine perfect assignments to recover. We can teach these lessons better. We can help our students

see the intrinsic value in the work they do and how to become responsible citizens in a real world that has both consequences and grace. 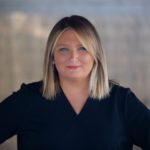 Jennifer L.M. Gunn spent 10 years in newspaper and magazine publishing before moving to public education. She is a curriculum designer, teacher, teaching coach, and educator in New York City. She created Right to Read, a literacy acceleration program for teens, steeped in social justice. She also created the progressive learning models, The Big Idea Project and We the Change. Jennifer is also co-founder of the annual EDxEDNYC Education Conference for teacher-led innovation. She is a regular presenter at conferences and frequently writes about education, adolescent literacy and innovation. Connect with Jennifer on Twitter: @jenniferlmgunn.