My daughter was struggling in fifth grade math. After some sleuthing, we discovered that real challenge was in trying to memorize (or fail to memorize, in her case) the multiplication tables. Now I was confused. This is a girl who could recite the entirety of Hamilton’s soundtrack at mach speed at the drop of a tricorn hat. How could she be struggling with memory?

The answer unveiled itself as I dug a bit deeper. Reflecting on her other successes with memorization, I noticed a pretty obvious trend. For example, she struggled to remember dates for a history project last year, but she could easily remember geography when the state names were put to a tune. Fast forward a bit and the code was unlocked. Her same math teacher offered her some chants as a memory aid (6 and 4 went to the store and they came back as 24 …) and she immediately committed it to memory. She was able to experience and access mathematical information more easily through the gateway of her musical intelligence.

Everyone has a musical intelligence — one of eight types of intelligences outlined by psychologist and Harvard Professor Howard Gardner (1983). The eight intelligences, while an imperfect guide, are a helpful reminder that every learner has different and unique strengths. You can think of it as an intellectual thumbprint of sorts — each person has different levels of each type, but everyone possesses them all. Alongside verbal-linguistic, logical-mathematical, visual-spatial, naturalistic, bodily-kinesthetic, interpersonal, and intrapersonal, musical intelligence is one of a near-infinite number of ways students can be “smart.”

Each intelligence can also enrich the others, notes Lillie Feierabend, a renowned music educator specializing in multiple intelligences. Feierabend stresses the connections music has to classroom content. It can be used to bolster learning in all of the other intelligences. For example, you might create songs that are about animals or weather; songs that have a character, setting, problem, and solution; or songs that sequence numbers and group them by sets. Each song type leverages the different intelligences in different ways. “Classroom teachers can use that content to introduce, reinforce, and emphasize words, punctuation, sequencing, phonemes, and characters, to name a few,” Feierabend suggests.

Daniel Levitin, author of “This is Your Brain on Music,” explains that every part of the brain is activated when music is involved. This intertwining of elements may be what makes it such a powerful tool in any classroom. In the music classroom:

Music is math (using fractions and counting for rhythms, recognizing relationships of note durations, employing visual-spatial skills when leaping intervals, or finding the correct positions on an instrument).

Music is science (soundwaves, overtones, relationships of low and high to large and small, vibrations).

Music is reading (fluency of lyrics and notes, reading and conveying meaning in poetry, creating lyrics).

But, in any classroom, music can light up the brain and open it up to new connections and information.

While there are infinite ways to harness music’s potential in any classroom, its use falls into four main categories: “thinking” music (background music), “movement” music (transitions or breaks), “learning” music (content or skill-specific), and “social” music (SEL and fun). Trying to leverage music in all four categories might sound difficult, but it’s a fun challenge and you’ll see the results quickly as attitudes shift, moods elevate, and scores increase.

Kindergarten teacher Alison Bergin uses song to teach content, but also uses it to build relationships as they spell classmates’ names to the tune of BINGO or sing greetings to one another.

It is these social-emotional connections and increased creativity that are perhaps the most powerful outcomes of incorporating music into the classroom. Researchers from the Brain and Creativity Institute at the University of Southern California discovered that the brains of children who study music have better connections between the right and left hemispheres, making them better communicators and creative problem solvers. “Games based in song or speech that invite students to respond to the collective pulse or even engage in playful competition develop qualities essential to any kind of learning community — listening, watching, focusing — and build foundational ensemble skills,” says Diana Hawley, a music educator and instructional strategist with the Iowa City Community School District.

The same music that is firing up your students’ brains with academic content may also evoke emotion and feelings thanks to the amygdala, another musically activated part of the brain.

So, while those brain neurons are connecting, the people in your classroom are connecting, too. As we strive to teach to the whole child — academic, social, and emotional — music is a powerful tool in your professional tool belt waiting to be called into action. Try it yourself by bringing music into all four components of learning this year. 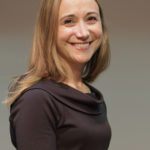 Erin Kozakis is an enthusiastic and passionate music educator and performer. A strong believer that singing is the basis of all music learning, she specializes in teaching through active music-making.

5 Reads for the Spring