That’s when people are most likely to give up on the New Year’s resolutions they made less than three weeks prior, according to research by Strava.

Now that it’s spring, we can assume that many well-meaning New Year’s resolutions have already been abandoned. If you’re dedicated, you might still be riding your Peloton or turning emails off over the weekend, but you still may not be meeting your goals.

Whether it’s a birthday, a new year, or even just a Monday, we set out with the intention of achieving new goals but keep sliding back into old routines. James Clear, the author of Atomic Habits, says that we are focusing in the wrong places when we set out to make changes in our lives.

“Ride that Peloton 60 minutes per day” instead of our systems to get there “figure out how to give yourself an hour of available time daily to get on the Peloton”. His premise starts with the notion that it takes tiny habits — the one percent changes we make here or there in the right direction — that add up over time to reach our goals.

Starting a new habit is easier in the beginning because motivation makes us excited to show up, but sticking to it can go out the window after a stressful day. Making a lasting habit that goes beyond our motivation can be broken down into four steps that, if repeated over time, help us build the habit for the long run. To help illustrate these steps, first grade teacher Carrie Swain, of Discovery Charter School in Porter, Indiana, shares her experience implementing the steps to teach the reading foundations that help her students implement reading as a habit.

This is the cue that reminds us of the habit.  You can use a current habit that is already established in your routine, such as drinking your morning coffee. The two most common cues are time and location. For Swain, this means starting every day with small group reading. The first cue is that it’s the beginning of the day, but she also uses a visible daily schedule and small group chart to remind students.

Once the cue has been seen, the next step is to create a craving. We don’t typically crave the habit itself, but we do crave how it makes use feel. For example, most people don’t crave their actual workout, but they do crave the endorphin rush that they experience afterward. In Swain’s classroom, students get to use toys like finger lights, witches’ fingernails, as well as special pencils and paper that only get used during their small groups.

When presented with a problem, we will typically default to the option that is easiest. Building a new habit is so difficult in part because we are conditioned to remove friction from our lives, not add to it. If we can make a new habit easy, we are much more likely to stick with it. Swain’s students read texts during this activity at or just above their current level. This also helps them to feel successful, which leads us to the last step.

We are much more likely to take an action that has an immediate reward, instead of one that we know will benefit us in the future. That’s why it’s important to find ways to make our habits satisfying now. Swain’s students get the immediate reward of having fun with their teacher, and they earn a break as well after they are done. In the long run, learning to read is the reward, but these short-term rewards make them more likely to stick with the habit. 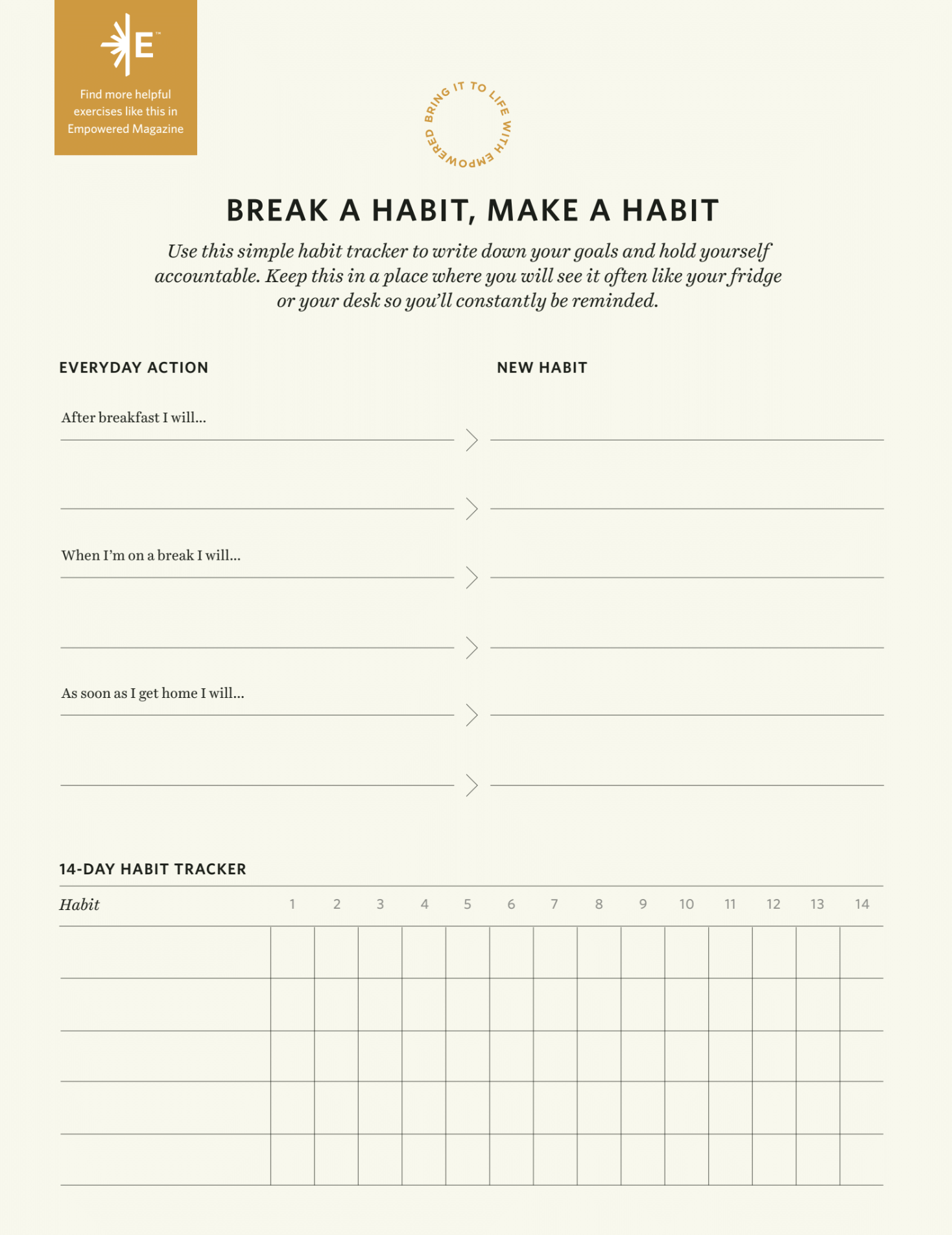 James Clear is the author of #1 New York Times bestseller, Atomic Habits and his other work has appeared in Entrepreneur magazine, Time magazine, the Wall Street Journal, and on CBS This Morning.  He writes at JamesClear.com, where he shares self-improvement tips based on proven scientific research.

Lizz is a content writer from Northwest Indiana.  In her free time she loves to read, hike, camp, and try to keep her plants alive.  In the summer you can find her at Lake Michigan.