Ok, well, don’t really “bribe” them, but incentivize them so they can see the value they bring to your classroom in real time. If you do that, you’ll have forever changed the dynamic between you and your students and you’ll have unlocked something different in them. Empowered gives you the tools you need to set your classroom market in motion and try your hand at the token economy in real life.

Ever since you were 15, you’ve likely been involved in a complex system that you just take for granted. Cook the burgers, get your paycheck on Friday, spend frivolously on snacks and movie tickets, rinse, repeat. Molding burgers has become molding minds, the checks have gotten a little bigger (I stress, a little), and the spending has gotten a little less frivolous … but the basic ideas never changed. Provide value, receive tokens, use tokens to acquire value.

Since Adam Smith first codified it in his 1776 book, The Wealth of Nations, no system has been able to bring each individual person’s value to life as efficiently or effectively as markets— honestly, nothing’s close. If we just look at how life has changed since that book was first published, the evidence speaks for itself. A short glance at a graph of any major metric of human flourishing looks the same: a near flat line until the advent of market economies and a sharp upward angle directly afterwards. We live longer, we’re happier, we’re wealthier, we’re better educated, we work less, and we’re generally more peaceful.

The system that Smith put on paper is beautiful, simple, and intuitive, and it’s changed the course of human history. The lessons we learned from that system aren’t philosophical musings or grand ideas, they are undeniable truths about the human condition. We are motivated by rewards. Contrary to the title of this article, it’s not a bribe, but something far deeper. We are fulfilled by producing value. And, when we can connect value to reward, we are an unstoppable force of creativity, ingenuity, and hard work that drives our culture forward at an accelerating pace.

Now, let’s use those truths to power our classrooms. Think about it: the same system that we know compels us all to bring our talents to the table is missing from most classrooms. Instead of a rich market of goods and services, we offer one incentive: a letter assigned each semester. When it doesn’t motivate a student, we use discipline, we urge them to care more, we try to persuade them through guilt, threaten to call parents … but, not with value.

It’s time to rethink motivation in the American classroom. Letter grades must be augmented with markets that actually bring kids to the table, excited, ready to produce value for the class and themselves. It’s time to implement a system we call “markets.”

Empowered teachers know all about it, but using our framework for classroom currency brings everyone to the table like never before. Imagine a classroom scene. Each student is awake, energized, and participating in an experiential lesson. They’re working in groups to build towers. Dani (your teacher’s pet) is working in one group with Kendra (your quiet artist), Connor (your over-it athlete who just wants to get a C and stay eligible), and Damon (your near dropout with a passion for building trades).

You’re doling out Empowered dollars as you see value created by the group. Kendra shyly suggests a more attractive aesthetic for the team’s building ($1), quickly leading to drawing up plans ($3). Connor uses some of that team-building he’s learned from years on the soccer pitch and rallies the team together ($3).

Dani, the rule follower, ensures the team is within spec and begins to piece together Kendra’s drawing into reality. She consults Kendra to make a change in the plans as things begin coming together ($2). But the building isn’t quite right. It looked great on paper, but it’s not structurally sound. The team is getting discouraged.

A low, rumbling voice erupts from the background. Damon, despite his best efforts, can’t contain himself. He sees an opportunity to bring his unique talent to the table. He’s been building chicken coops with his dad and uncle since he was a toddler. The team isn’t using appropriate diagonal bracing as they build up. He tells Kendra what he’s thinking ($7) and she draws it up ($1) — the two have never before spoken.

Connor and Dani bring it to life ($1, $1) and the team’s tower reaches an amazing 7’ 2”, winning the competition by over a foot ($5, $5, $5, $5). But, most importantly, the incentive structure brought a team of disparate kids together in cooperation.

Bringing markets to the classroom isn’t a new idea. In fact, many elementary teachers learned about “token economies” as part of their schooling. The reason they aren’t popular, though, is enough to flummox anyone.

The token economy has been studied dozens of times over the past 70 years or so. It has proven effective in developing individual agency, improving a student’s ability to apply new information in the world, improve the more testable academic outcomes, and drive students to become more intrinsically motivated over time.

Gess Leblanc, a researcher from NY, studied a group of inner city students who had been historically underperforming. He had some teachers implement a token economy in the classroom. To quote the study itself:

“The goals of the implemented token economy were to establish an objective measure of student competence, to enhance student perceptions of their autonomy, and to establish links between their classroom-based learning and its practical ‘real world’ applications. It is argued that by achieving these goals, the token economy serves as a tool for enhancing levels of self-efficacy and providing opportunities for students to view their behaviors as self-determined. In this way, the token economy can be viewed as a mechanism for enhancing levels of intrinsic motivation through the use of external rewards.”

As students are rewarded regularly for their value, they begin to establish a mental connection between value creation and positive outcomes. Over time, the currency shifts from a 1-to-1 representation of purchase power to a representation of individual value-creation itself. That means that, over time, students actually move from extrinsic motivation (incentive) to intrinsic motivation (self-actualization). It’s the most important single goal we can have in education and it’s the fundamental goal of Empowered. And, it’s all relatively simple to pull off.

Ready to start your micro-economy? It’s as easy as 1, 2, 3 … 4. Within a day, you’ll be able to create the full market system, create some (free) incentives, and begin doling out dollars. Within a week, you’ll see a full transformation begin in your classroom. Here’s how it works.

Determine how you’re doing to handle the currency itself, give it a name, and then make sure you have plenty of it on hand. We’ve developed our own Empowered currency that you can download and print for free to get started.

You’ll want to have a few denominations on hand to create the most real-world feel, but often you’ll find yourself dealing in 1s. And most importantly, let your students take the lead, defining and developing behaviors that will be rewarded.

Perhaps the most challenging part of the classroom economy is the doling out of payments. Three important ideas power the best practices here.

First, an almost counter-intuitive idea called “subjective value” means that what you think is valuable needn’t be set in stone. It’s fluid and subjective. It’s an important lesson for the kids to learn, too. This isn’t a classroom of hard and fast rules, procedures, and rubrics anymore; it’s a place where relationships and value drive everything.

Second, regularity is key. Payments need to happen regularly and be ingrained in the classroom culture. Multiple payments should happen each day and for a wide variety of reasons. Those payments must also be regular in denomination, lest you cause inflation (no, really).

Finally, irregularity is also key. Wait, what? Yup. The payments have to happen often, but they shouldn’t become predictable or rote. Borrow a page from B.F. Skinner here and use irregular rewards to build a deeper understanding of value in your students. Eventually, it all becomes intrinsic and your students are connecting not to currency, but to their own value. It’s a heart-melting thing to witness.

3. Offer a Wide Range of Incentives

Build up a market of incentives the students can lust after, want for, and purchase at regular auctions. You know your students better than anyone. What do they love? What little things get them really excited? If you know those answers, putting together your market will be a cinch. Even if you don’t, we’ve got free, printable coupons that work amazingly well when budgets are tight. And, turn the page to see a list of our teachers’ favorite incentives.

You’ll quickly find out that many students will work harder for a bag of Takis in your classroom market than they would have for a good grade just weeks before. It sounds disheartening, but it isn’t. Takis represent real-world value and buying them at auction helps each student understand their own worth.

You have everything in place for a thriving economy of value-creating kids. Now, you just need to host the auctions and let students bring the energy.

Hosting auctions, rather than offering a passive marketplace with fixed prices, is key to making this whole thing work. Auctions allow you to have scarce goods and services (translation: you don’t have to stock up on every item). It allows kids to actively participate in valuing a product in their mini-market. We’ve seen granola bars go for upwards of $20 and phone time coupons shoot through the roof.

Maybe start with an auction every week to get things flowing and move to every other week after three are under your belt. 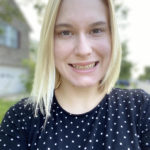 Suzanne Williams is a high school teacher and publications director in Indiana. When she’s not teaching her students Journalism or Japanese, she’s reporting on education-related topics, crafting, longboarding or playing with her corgi.

The Case Against Zero