I’m coming back to school after some time away. I’m worried that I won’t be able to keep up. I’m going to try my best but I might need some help.

Truthfully, I’m scared you’ll just see me as a troublemaker. But really, I’m a good kid. I want to learn. I want to fit in. Please check in on me. Ask me if I need anything. Be patient with me and help where and when you can.

If you received a note like this, would you make an effort to reach out and help?

This letter speaks the invisible truth of formerly incarcerated students. The most astute teachers in the roughest neighborhoods will be tuned into this underlying vulnerability, and respond in a positive and nurturing way, but for many others, it may feel impossible to penetrate the seemingly tough exterior of a student who’s been in trouble. It may be hard to get past the biases we hold.

“There’s a certain way some kids show up to school after they’ve been incarcerated that screams ‘I’ve been in juvenile hall,’” Mary Prime-Lawrence, who teaches in California’s Oakland Unified School District, says. “Their demeanor is a little bit different. The kids I’ve had tend to struggle a little bit with getting back into the swing of school. If you weren’t hardened in some way and you went to juvenile hall, you are going to come out hard. You are going to have some experiences that will make it a little bit tough for you to re-enter school.”

“Hardened” or not, they may simply want to keep their heads down. Pair nervousness and fear with the trauma or mental struggles of what they’ve been through, and they may appear impenetrable.

If you don’t know these kids’ stories, it is easy to place them in a box, label it “kid who doesn’t care,” and pay them little attention in favor of the more prepared and engaged kids.

In the high-crime area of East Oakland, teachers like Prime-Lawrence know better. This mom of three has taught middle school there for the past seven years. She lives in this neighborhood and is affected by the same dynamics that lead to the incarceration of her students.

Her own daughter was the victim of a shooting that also claimed the life of her boyfriend in 2020. The 19-year-old struggled to cope with the emotional and physical pain that followed. A crime happened. She ended up in juvenile detention.

In Prime-Lawrence’s neighborhood, middle school students banter about the make and model of their ankle monitors instead of gym shoes or cell phones. She’s been known to give students rides, food, school uniforms, and school supplies simply because it’s what they need.

In her class recently, a new kid walks in. He is carrying nothing. No supplies. No backpack. Not even a pencil. He looks around. She points to an open seat by the door.

Puzzled, she directs him to another open seat and ponders his defiance. He had refused to sit with his back to the door. Perhaps he suffers from anxiety or trauma? She needs to find out. She pulls up a chair.

“I see,” she says, making a mental note to check in on him more frequently. “Welcome to Oakland High.”

He is on her radar now. She knows he’ll need additional help. This is not her first student like this, nor her last. It’s pretty common at this school.

Bias Derails Even the Best Intentions

This student was likely labeled a thug and cast away by at least some adults in his life. It’s not that teachers don’t want to help students like this. They do. But what a challenge. Where do you start? Not everyone has the life experience and instincts to guide the way as Prime-Lawrence does.

The study showed that when teachers received personal messages from students the recidivism rate decreased.

The researchers divided them into three groups. One group simply talked to the researchers about their experiences for the benefit of younger at-risk students. Another group was asked to additionally write personal messages to a teacher of their choosing. Another group had those words included in a letter that was delivered to those teachers.

In the group whose teachers received the letters, only 29% of them returned to juvenile detention, as opposed to 69% in the group that did not receive the letters.

Prime-Lawrence was on the receiving end of one of the letters.

“‘It made me cry,” she says. The words came from a middle school girl who acted super tough. “She just knew everything, you know?”

The letter was intended to let the student say what she wanted Prime-Lawrence to know, in her own words. It helped her understand that “I don’t care” really means “I’m scared.”

The Complicated Effort to Destigmatize

Giving students the opportunity to tell their own story is powerful, says Gregory Walton, associate professor of psychology at Stanford, who served as the study’s lead author.

Walton says progress begins with acknowledging that there is bias, fear, and mistrust on both sides.

“It is really important that we try to get to a place where we can have authentic conversations about race and bias,” he says. “Conversations that aren’t threatening to people and don’t begin by telling people that they are biased. Part of those conversations is to recognize how complex people are and how complex teachers are.”

Walton pointed out that we live in a society that reinforces stereotypes. At the same time, teachers have a real and genuine goal of helping those kids and making a difference.

“Part of the implication of the work for teachers is that teachers can have such an incredible impact,” Walton says. “A life-changing impact.”

Hattie Tate, a co-author on the study and a longtime teacher and administrator at Oakland Unified School District, has spent her career attacking this problem on a policy level. Tate heads a transition program for the district’s students as they leave the juvenile justice center.

For a decade, she was principal of Dewey Academy, a continuation school that serves a transient population of 16- to 18-year-olds in need of an alternative way of reaching their goals. Nearly all of them are minorities who face poverty, malnutrition, foster homes, homelessness, family abuse and neglect, violence, and crime.

At Dewey, she implemented “welcome circles,” which she described as “a circle of support for each individual student, one student at a time.”

She recalled one day when this initial meeting brought a parent to tears. Each staffer gave a statement about what role they played in ensuring that particular student’s success.

“She was overwhelmed. She said, ‘I’ve never had anybody at a school provide such motivation and encouragement for my child to be successful like this.’ It becomes an overwhelming moment of belonging. Of inspiration. And the parent then turns to the student and tells them what they are going to do to help them succeed.”

The practice, which earned national recognition in 2014, resulted in an eye-opening statistic — more than 80 percent of the students who received this life coaching did not recidivate again.

So when Stanford approached Tate about participating in the study, she was elated.

Now, the intervention used in the study will soon be implemented in other California schools.

One Touchpoint Can lead to an Entirely Different Life

While far-reaching policy impact is certainly a win and a career achievement for Tate and others like her, we can’t underestimate the power of simply paying attention to one child.

As a teacher in the 90s at Castlemont High School in East Oakland, Tate once called out some students looking to ditch school. For her, it was a typical day. Just another comment of many she made to students that day, but it was an act that Tiffany Orozco says changed the entire trajectory of her life.

Orozco grew up in East Oakland, a rough area called “The Deep” by locals.

She added, “All the men in my family have either been involved with some kind of gun violence or are in prison.”

Tate stepped in as that positive female influence that she lacked at home.

“She was my leadership teacher. This was before she became an administrator. My friends and I were in her class. She would catch us cutting class. She had these pep talks with us. Over time it developed.”

As fate would have it, Orozco ended up as Tate’s next-door neighbor several years later, purely by chance.

“This relationship with Ms. Tate and her family just helped guide me into developing into this young woman that I probably wouldn’t have become.”

Now, Orozco is a licensed clinical social worker who serves minorities in inner cities who grew up in circumstances like hers. She runs a practice that she named “Rising Above Cultural Expectations.”

In addition to her practice, she oversees a residential program for foster youth. She is also raising her incarcerated brother’s son, her 15-year-old nephew, another male in her family who is successfully steering clear of her family’s unfortunate legacy.

Allowing him to express himself, unlike in her own past in which adults made it clear that children should be “seen and not heard,” has made all the difference.

“What I’ve learned over the years is that for youth, they just need someone to listen and meet them where they are,” she says. “They learn from a young age that their emotions and feelings don’t matter.”

Meeting Tate is when Orozco says she felt heard. 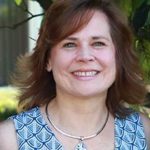 It’s Not Easy Being Green: The Future of Medical Cannabis & Education